An Auth is requesting to ring fence/shadow money from a card. When authorising a card you are ringfencing the funds on the card holders account.
When you are ready to capture the payment and get settled for the authorised amount then you can go to capture the order.

After a certain period which is defined by the issuing banks, the shadow on the card will be released.

A capture is requesting the funds that were ring-fenced by the preceeding Auth. Actually putting the transaction in the settlement file.

A "Sale" Transaction is a Auth and Capture in a single request.

A purchase transaction is where the payment is captured immediately after the authorization. It is similar to the Sale transaction. In this case, there is no scope for the merchant to initiate an auth reversal as the actions(auth and capture) happen one after the other. Purchase = Auth + Capture.

Refunding money back onto a card, this occurs after settlement has taken place. Must be linked to an original transaction.

Merchant Admin users have the permission to do refunds on the portal.

Go to "Orders" and click on the closed order you wish to refund.

Click on "refund" button to refund the transaction in full. The refund will be processed and depending on the card issuer the refund can take about 2-3 days. 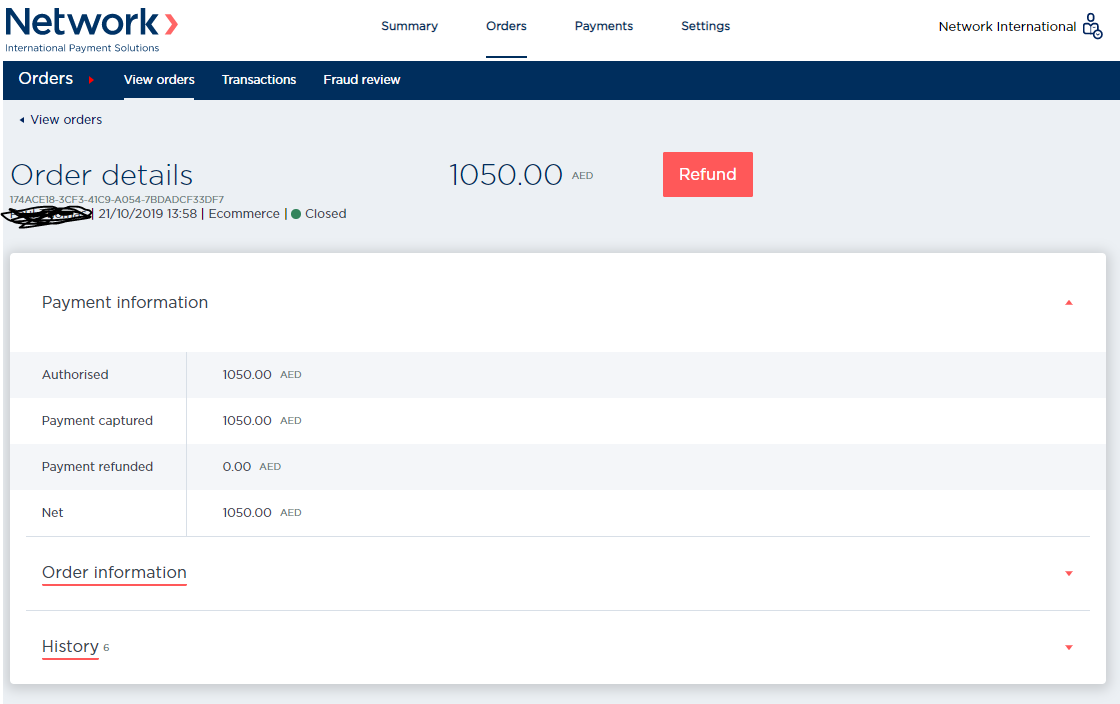 When you click "Refund" you have the option to partially refund the transaction. 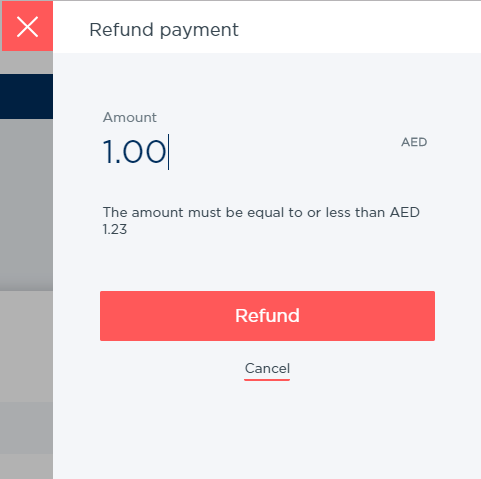 An Auth Reversal is removing the shadow on a card that was placed by an Auth.

A cancelled transaction (Also called void) is an Instruction to undo the previous action.
You can cancel a transaction the same day as the transaction was done, the time is shown as a countdown in the "orders details" section of the transaction. 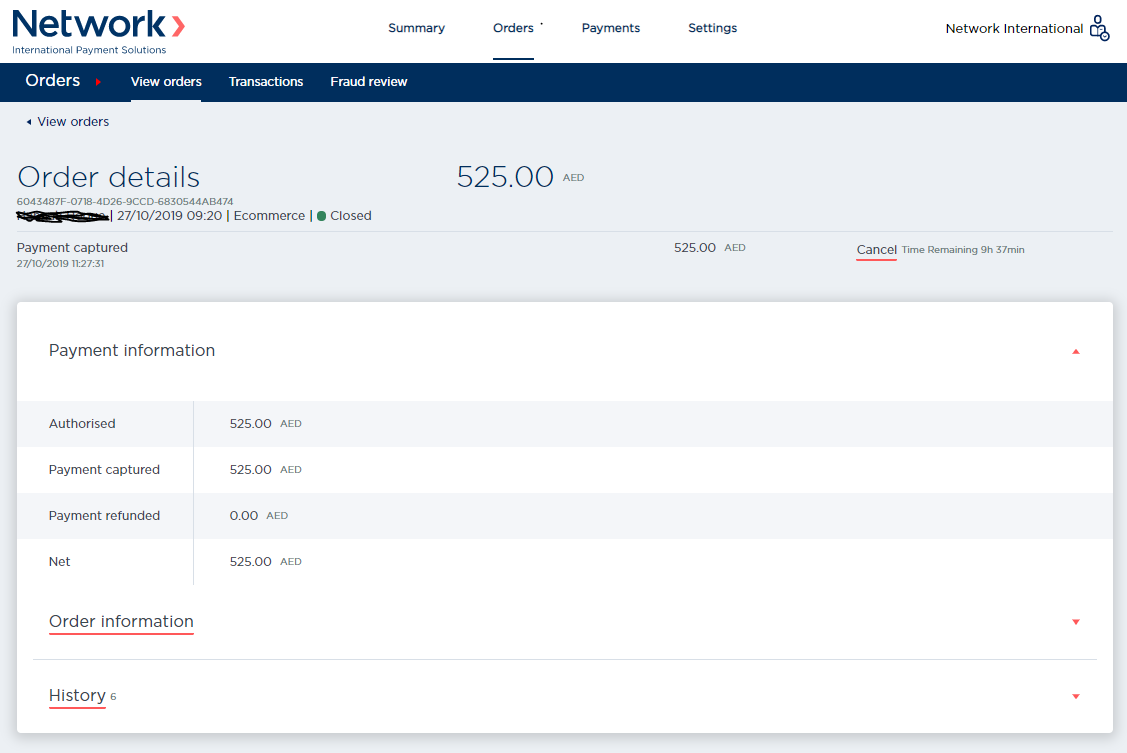 A Standalone Refund is an instruction to put money onto a card, not linked to any transaction. Often used for good-will gestures.

Please get in contact with your Relationship Manager to get this feature.

A Verify Card - Zero Value Auth. An authorisation for a value of zero. Used to verify a card is good for future payments. Often used at the time of registration for a service.

Updated over 1 year ago